Tongue-tie, professionally known as ‘Ankyloglossia’, is a restriction of the tongue that can
interfere with an infant’s ability to breastfeed. The result can be poor nourishment and
failure to thrive.
Tongue-tie is a congenital condition (found at birth). A white band known as the frenulum
extends from the base of the tongue almost to the tip, and inhibits the normal motion of
the tongue.
This condition sometimes runs in families.
Babies who have lip ties, which are way easier to see by parents, also have tongue tie. This
is due to the fact that the tongue and the lip develop from the same embryonic tissue, when
the baby is 3 months in mother tummy.

Functions of the tongue:

1. Breastfeeding, breath, suck and swallow
2. Build the mouth and face from normal functioning. This is due to the fact that we swallow
about 2,000 times a day, and the tongue can exert up to 500 g of forces on the teeth and
jaw. This build the face
3. Eating solids: chew, swallow, clear food from the mouth down to our stomach
4. Speech
5. Affect breathing and airway.

Babies who have tongue tie, the tongue will NOT be able to carry out the above functions
well. This is a Dysfunction of the tongue. This mean he or she will NOT grow, develop and
being healthy as well as he/she can be!!!

Signs and Symptoms of Tongue tie and lip tie in infant

– Children with tongue tied are almost always breathing through their mouth. This leads to
major facial growth problems including:
Open bite (where the front teeth do not touch with each other when the child closes the
mouth). This happens because during swallowing the tongue sits between the teeth in the
front part, not allowing the jaws to come together.
Under develop and narrow upper jaw and thus causing crooked or crowded upper teeth due
to lack of space for those teeth
The lower jaw being trapped inside the upper jaw, this prevented it to grow properly result
in an in big over bite.
– It often impedes speech.
– Mouth breathing which is a breathing problem. 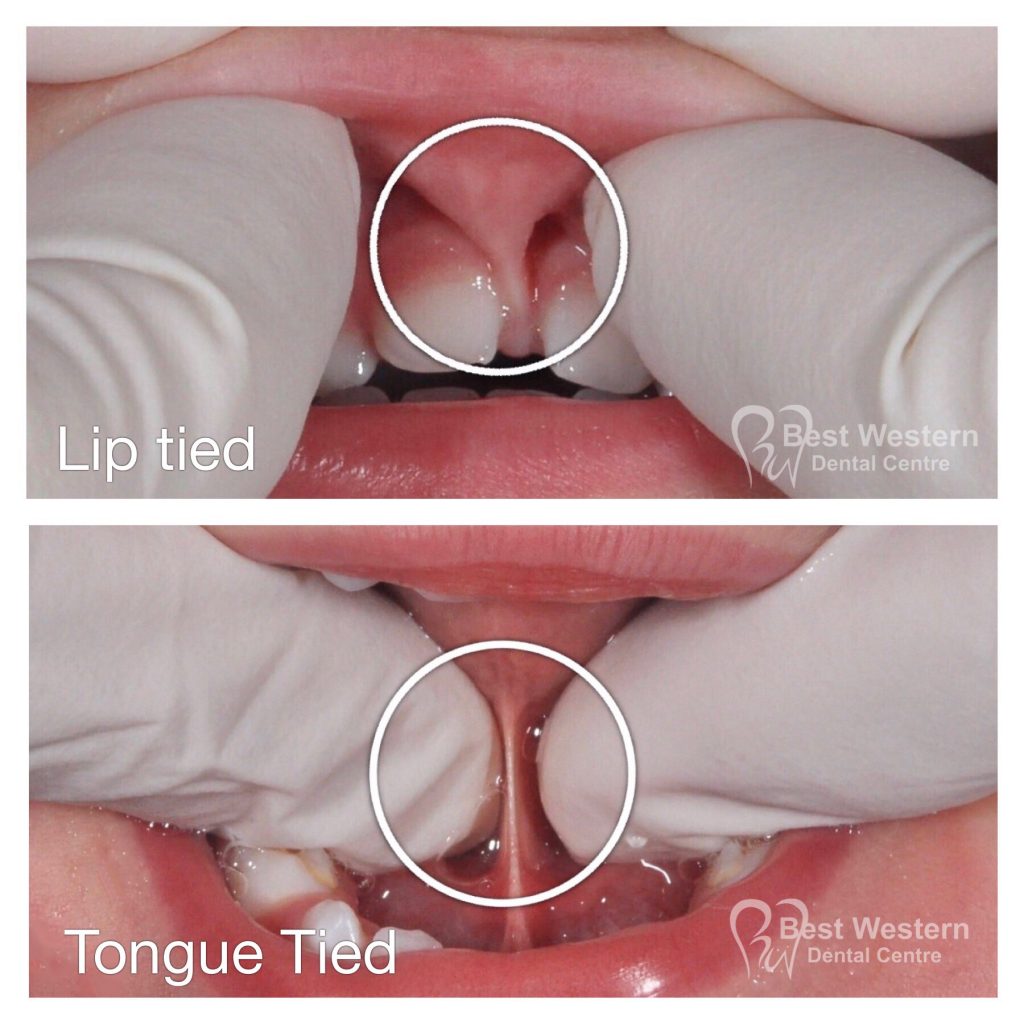 A frenectomy is the surgical elimination of the fold of mucosal skin under the tongue or the
mucosal attachment of the lip (frenum).
Lasers are known to have advantaged over conventional scissors and scalpels.
The advantages include:
More precise
Minimise damage to surrounding tissues
Bactericidal reducing risk of infection
Less discomfort and soreness during and after the procedure
Minimal swelling and inflammation post-treatment
Way less bleeding

Dr Nathan Le also use Waterlase, the best dental laser for Frenectomy at both of his practices: Best Western Dental and Kempsey Dental Centre